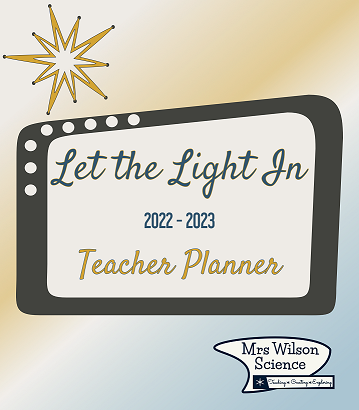 With school in England starting back soon, I am finally releasing this year’s OneNote Teacher Planner, which I’ve called Let the Light In.

This year’s planner is a bit different. I’ve made it specifically for me and my school calendar. I’ve decided to try a vertical layout this year as it matches my Outlook calendar. I’ve also broken down the sections by term instead of by month.

I found I rarely used the monthly overviews, so those have been deleted this year. I also tended to not use the stickers, so I have not included any stickers this year.

I have however provided the artwork files so that you can customise and create your own planner based on the artwork that would work for you best. I used Affinity Designer on my iPad, but I’ve provided some alternative files that should work in Photoshop or vector based programs.

I am only providing the OneNote Package file this year.

You will need OneNote 2016 on your computer to import and open this file. If you do not have OneNote2016, you can download it for free here.

Unfortunately from what I have read, OneNote package files don’t play well with Macs. If you are using a Mac, you might not be able to open the file initially. You might try the steps above on a PC. Once you have your planner saved to your OneDrive, you will then be able to open it on any device, including your Mac.

Please feel free to contact me if you have any questions or would like to offer feedback about the planner. You can post a comment here or me an email. I hope you love this year’s planner and enjoy using it! 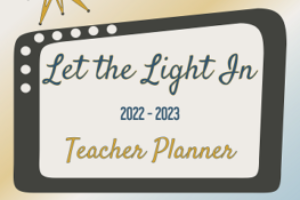 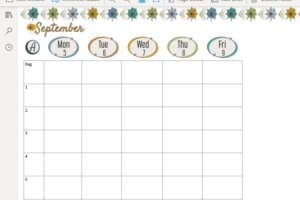 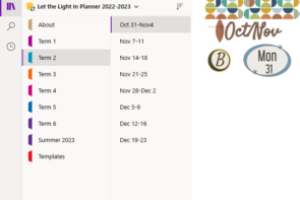